Difference between revisions of "Validation and Corrections"

From reBiND Documentation
Jump to: navigation, search
Validation and Corrections

Once the XML data file has been uploaded into the reBiND system the user can validate and perform automated and manual corrections to the file before publishing. Publishing the data makes it available to the public search interface and also to biodiversity networks, such as GBIF. 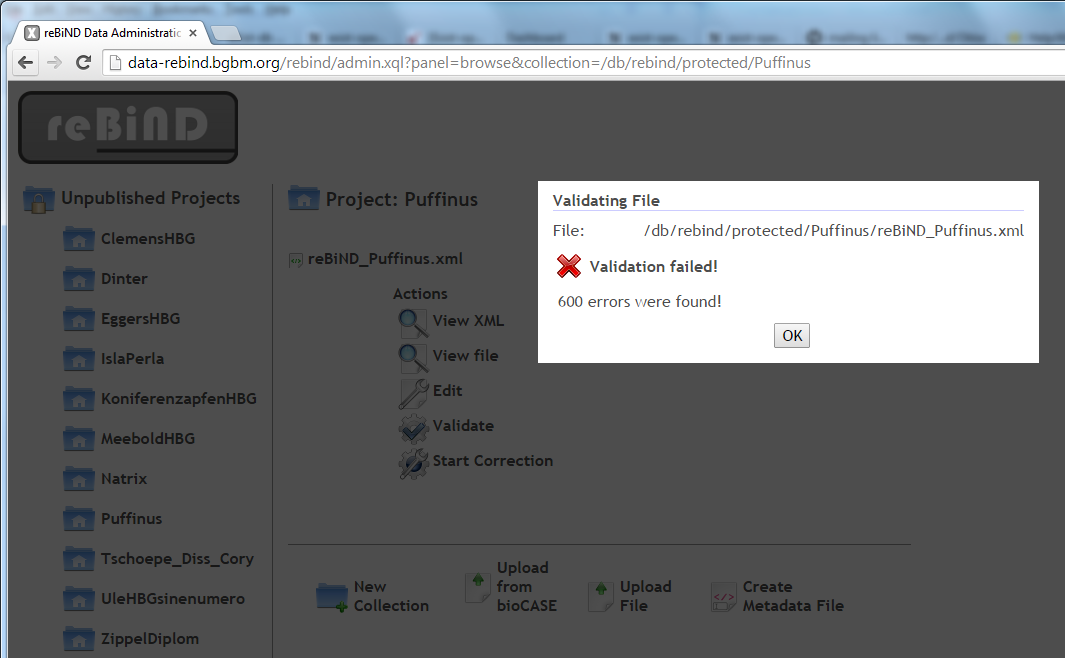 After validation is complete it is possible to review the validation results in detail in the reBiND editor (a modified version of the eXide editor which comes bundled with the eXist software). To open this editor the user should click on the 'Edit' button in the list of actions below the data file (in this case reBiND_Puffinus.xml). This opens the data file in the editor - a screenshot of this is shown below:

In the left-hand panel a list of validation errors can be seen and in the main editor window the data file is displayed. Clicking on any individual validation error in the left-hand panel takes the user to the corresponding error in the data file. Errors are marked with an red error icon within the left-hand margin. It is possible to make manual edits to the file to fix these errors, but when there are so many errors within a file this would be labour intensive. It the next step (the automated correction) we show how these errors can be fixed automatically using the reBiND correction software.

'Start Correction' is the final action in the list below the data file. Clicking on this link takes the user to the following page: 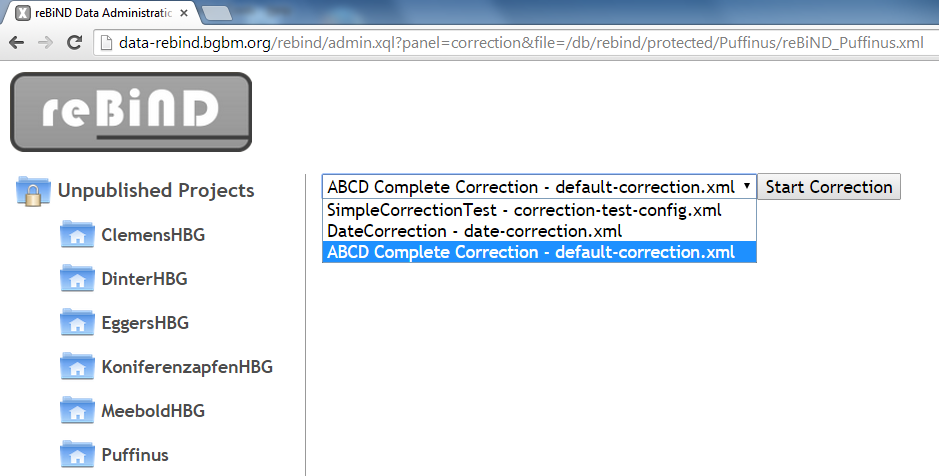 A drop-down menu gives a list of available configuration files. The first correction configuration ('default correction') is suitable for most ABCD files. Alternative corrections can be uploaded by the administrator to run different automated corrections This could depend on - for example - what sort of errors have been seen in the data file (in the validation step) or whether a different XML file has been used instead of the default ABCD data.

After clicking on 'Start Correction' a throbber appears as the correction modules (specified in the configuration file) are run. When the correction is complete a report is generated (see the following screenshot): 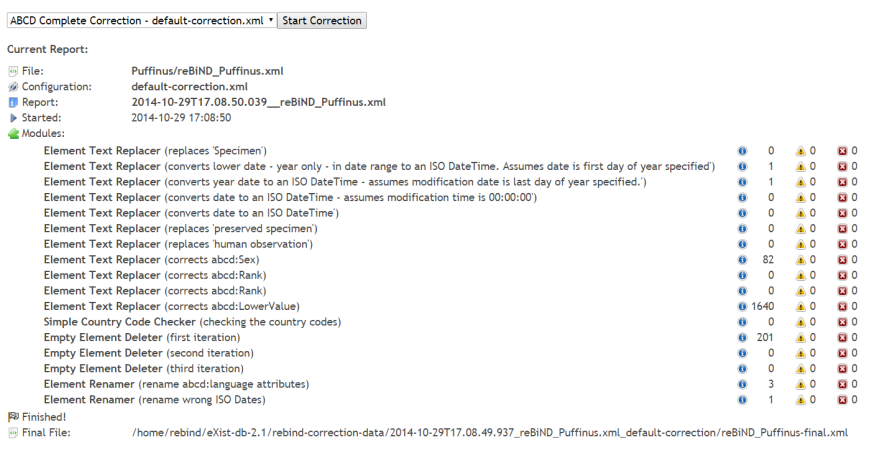 The output shows a link to the original data file, a link to an XML version of the report and a tabular view of the report showing the number of each type of correction made. The level of 'info', 'warning' and 'error' are used to indicate the effect of the change as follows:

The report indicates several changes were made, including one change of a year date to an ISO DateTime and 1640 changes of abcd:LowerValue. These changes are both of type 'Element Text Replacer', where a standard pattern in the text is replaced with another. There were also 201 changes to remove unnecessary empty elements. There is another type of change called an 'Element Renamer' which renames incorrectly named elements within the XML file. Clicking back on the browser and then opening the reBiND editor by clicking the action 'Edit' under the data file allows the user to review these results from the automated correction. A screenshot showing the results of the correction on the reBiND_Puffinus.xml data file is shown below: 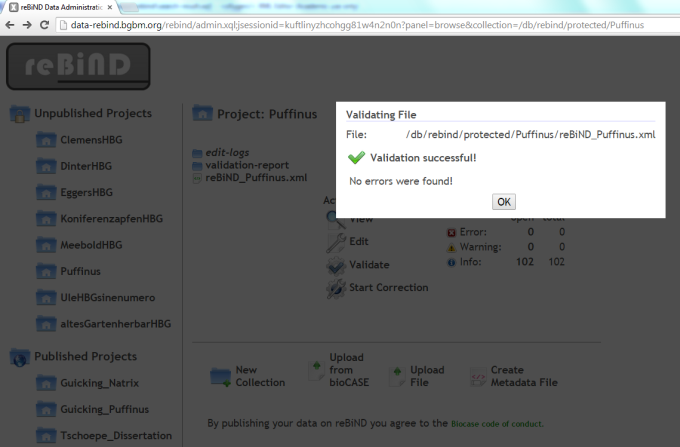