A former curator of the Botanical Garden Hamburg sent Excel files for upload and storage in the rebind System. The data - originally handwritten lists - were transcribed by voluntary staff and entered into Excel sheets. The tables comprise data from old Herbarium collections in Herbarium Hamburgense of the 19th and 20th century. The curator went into retirement and wanted these data to be saved and published.

We received morphological data about dice and viperine snakes (Natrix tesselata, Natrix maura) which were measured in context of a PhD thesis. The author derived the data from museum specimens as well as from field observations. Finally the author decided not to use these morphological data for analyses in the PhD thesis. She was very interested to find a way of making the data publicly available for possible reuse in another research context.

Well documented extensive primary data from a PhD thesis about the epiphytic moss vegetation of the Canary Islands were stored on 3.5’’ diskettes in Excel files. The diskettes were readable by an external floppy drive (see photo 2). The data are very valuable, because this was the first time investigations about moss epiphyte communities of the Canary Islands under consideration of microclimate conditions and human impact had been made. 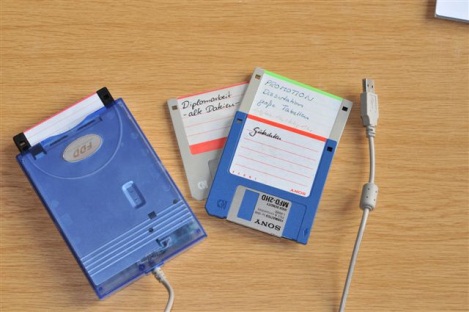 A private data collection about Coleoptera observations on meadow orchards in Southern Germany was offered to the project. The data were stored on an extended Mac 512 Computer dating back to 1986 (see photo) with a Mac OS 6.8 operating system and making use of Filemaker II software from 1989. The data were rescued by running the operating system and software in Basilisk II Mac Emulator. 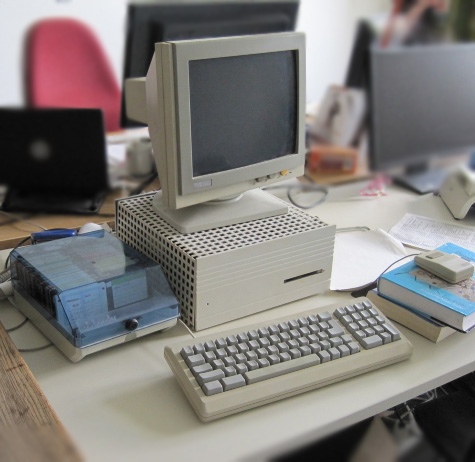